People of the earth, The Wrenchies are here.

This August First Thursday come celebrate the release of an amazing graphic novel five years in the making, The Wrenchies by Farel Dalrymple. We will also celebrate the latest issue of It Will All Hurt #2, recently published by Study Group. While working on The Wrenchies, Farel started working on this unscripted side project set in the Wrenchies universe. Serialized on the Study Group Comics website, It Will All Hurt is an Eisner nominated, weird, sad, silly, and sketchy, fantasy adventure strip with magic and science-fiction and some fighting action. An exhibit of original artwork from both series will be on display all month, and Farel will attend the opening party to sign books and greet fans.

Sherwood and Orson should never have gone into that cave.

That day, a door was opened from our world into a dark and profane realm…and earth’s destiny was changed forever.

In this demented future, whatever life remains on earth is oppressed by the evil shadowsmen. Only a gang of ruthless and powerful children called the Wrenchies can hope to stand against them. When Hollis, a lonely boy from our world, is magically given access to the future world of the Wrenchies, he finally finds a place he belongs. But it is not an easy world to live in, and Hollis’s quest is bigger than he ever dreamed of.

Farel Dalrymple brings his literary and artistic powers to bear in this sprawling science fiction graphic novel about regret, obsession, and the uncertainty of growing up.

Farel Dalrymple is the creator Pop Gun War (Dark Horse Comics) which was a Xeric Grant recipient and won a gold medal from The Society of Illustrators. Dalrymple drew the critically acclaimed super hero comic book, Omega the Unknown (Marvel comics), for author Jonathan Lethem, and is also creator of the Eisner-nominated It Will All Hurt (Study group comics). He is a co-founder of and regular contributor to the comic book anthology Meathaus and has worked on a range of illustration and cartooning projects. Farel is currently residing in Portland, Oregon but really would rather be living alone in the woods somewhere. 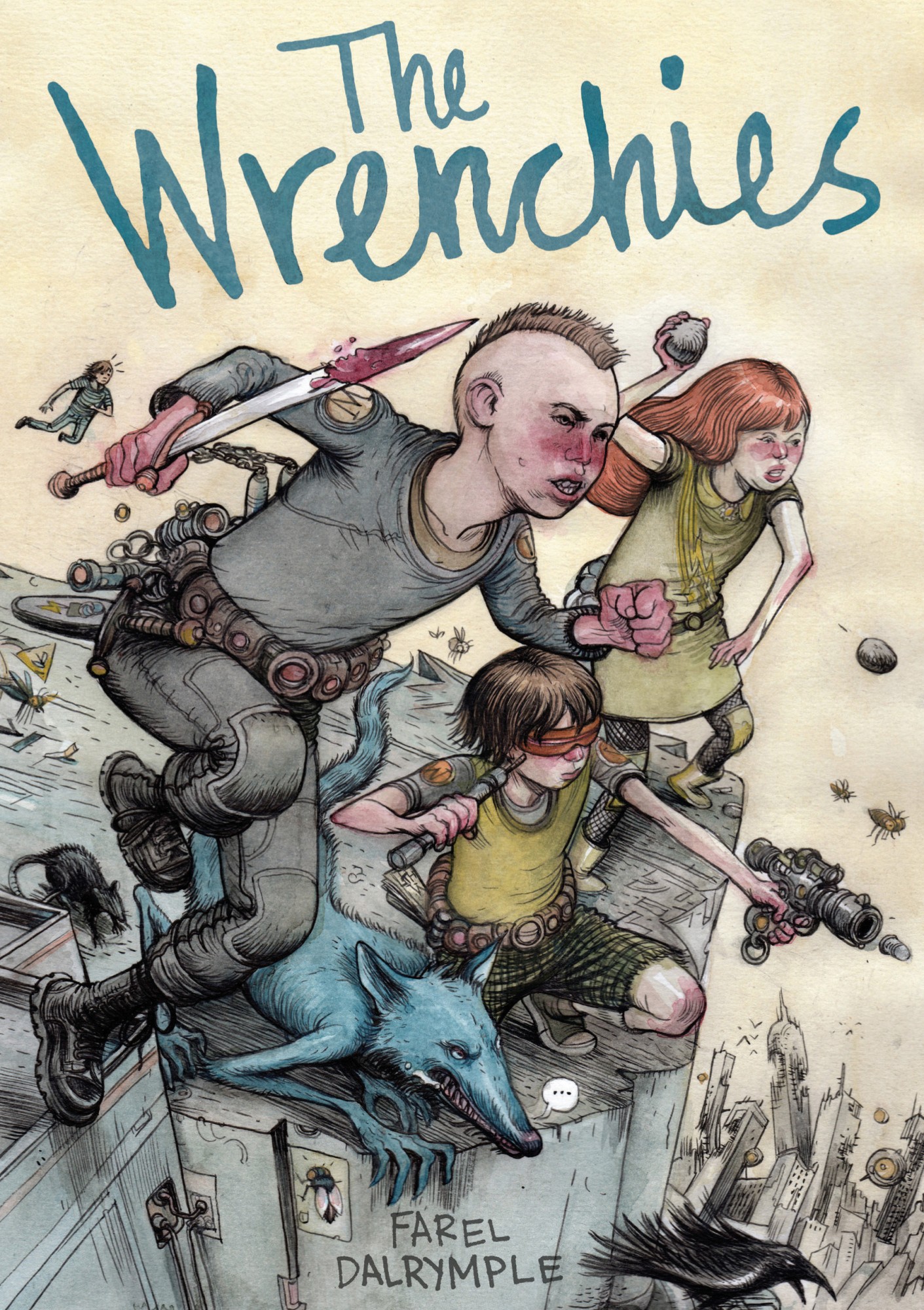